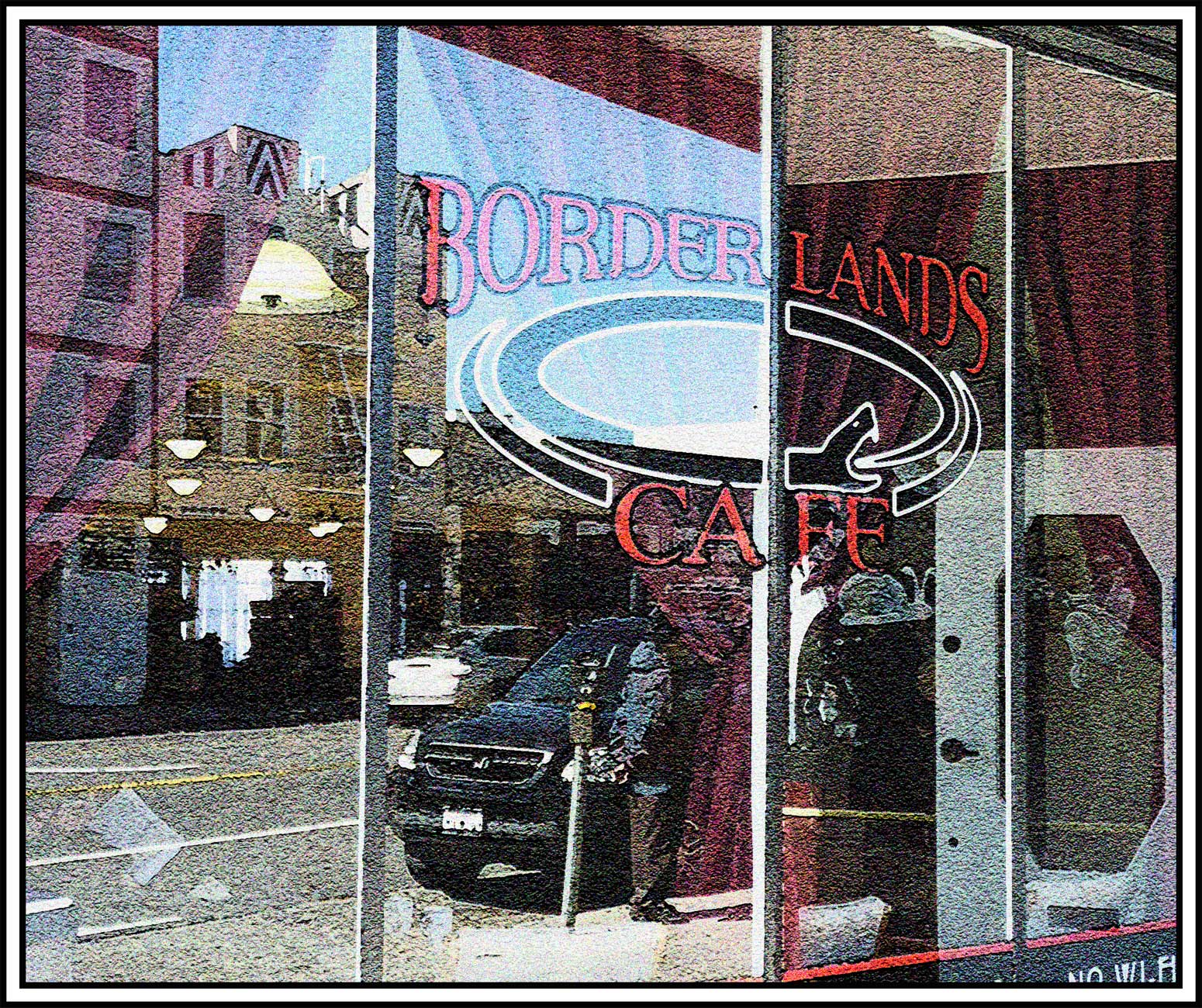 Most of the time I think that it's better to explain a thought process first and put the conclusion at the end. But sometimes it seems better to do it the other way around. This is one of those times.

We're shutting down the cafe part of Borderlands this Tuesday, April 30th. It's not a wonderful thing, but it's not a terrible thing either.

We opened the cafe in 2009, right in time for the recession to really start to bite in (at least in the Bay Area). Keeping the cafe going took a lot of very hard work, not just from me and Jude, but from all the original crew. But we did it and the cafe became a modest success. Certainly we found a group of great regular customers who liked the place we made and what we did.

All of us at the cafe also had a chance to work with a wonderful group of people. Numerous friendships were made, many of which exist to this day. Relationships were started (some of which I probably still don't know about) and roommates were found. It was, and still is, a great community.

But, over the past two years, it has become very hard to find and retain staff. Food service jobs always have high turnover and Borderlands was better than average (our first employee still works with us and many of the staff have been with us for multiple years). But, in the last two years and despite hiring almost constantly, we have almost always been short by one person. At times we've been short by two or even three. For a business that at full staff only employs nine or ten people, that's been very difficult for all of us -- especially Z'ev and me.

Why it's been so hard to find staff is something that I can only speculate about, but my guess is that it's not a simple matter of people being displaced or the higher cost of living in SF. Though that has played into it, I think that it's also a matter of there being plenty of jobs out there that pay better and are easier than slinging coffee. Working in a cafe is damn hard. Certainly, I wouldn't choose it as a job if there was much else on offer.

Another factor is that high school students don't seem to be looking for food service jobs. At one point more than half of the staff were in high school. (Now, only one of them is, and he'll be graduating soon.) The reasons for that are beyond me, but it may just be another aspect of the things I mentioned in the previous paragraph.

But, for whatever reason, we've had a hard, hard time keeping the place properly staffed. And that's one reason for closing.

Another reason is that Borderlands was a cafe built for Valencia Street in 2010. All of us suspect that it's not the right sort of cafe for 2019 or 2020. Our aim was to make a place that was pretty simple. No large selection of coffee varieties, no high-end teas, no very complex food with tasteful presentation. To be clear, we're not against any of those things (hell, most of us like 'em) but we were aiming for a place to grab a cup of good coffee, a bagel, and have a chat with a friend. Or play chess. Or read. Or write. Or code.

I think that folks are looking for something different now. Maybe more complex, maybe more of an experience, or, to be painfully honest, maybe something that's just better than what we do. Whatever people are looking for, we don't seem to have it, and so business hasn't been very good. Last year especially wasn't very good.

Initially we planned to deal with that by changing what we did. That's the reason we added more food options this year. But, Jude, Z'ev and I realized that none of us had the time to really re-imagine the place. Jude's working like hell to stay on top of the store and Z'ev's doing the same with the cafe (and they are both doing an extraordinary job under challenging circumstances). I've got my hands more than full with the construction work on the Haight Street building, along with my job for the business. So, we don't have the time to remake the cafe. And, I don't think any of us really have the appetite for it either.

And that's the other reason to close. We don't think that the cafe is actually very well-suited to the market and, as a result, we're losing money.


PS If you're wondering if this will have any effect on the bookstore; it won't. The cafe and bookstore have always been run as separate businesses and so the cafe's closure has no effect on the store at all.

PPS If you're wondering what's going to happen to the location; for the month of May we'll be using it for author events and as a showroom while we sell off the cafe's equipment (and, perhaps, some of the excess stuff in the bookstore -- we are going to be moving soon, after all). After that, there will be a soft-story retrofit that, thankfully, won't impact the bookstore very much. Finally, the location will go on the market because we have terminated our lease, effective May 31st.

PPPS Also, through May, the cafe will be available to the groups who have regular meetings. Z'ev and I will be working with those groups to find other places that they can meet but, for at least a month, they'll still have a place. They'll just need (or, "get to") bring their own drinks and food.