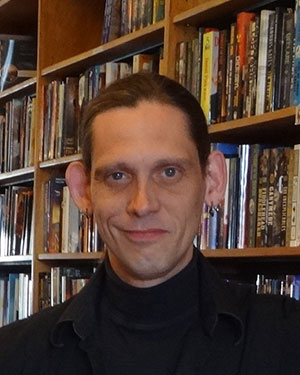 Alan Beatts is the founder of Borderlands. Prior to opening the store, Alan worked in a number of positions in the Law Enforcement / Private Security field after studying Administration of Justice in college. He worked as (among other things) a firearms instructor, offensive/defensive driving instructor, bodyguard, strike security officer and private investigator. After years in that field he decided change would do him (and his health) good.

Pursuing his love of bars and nightclubs, Alan worked for three years as a nightclub promoter and DJ in the San Francisco goth and industrial scene. This led, by some unknown process, to managing a motorcycle repair shop. While managing that shop, he realized two things: that he loved running a business and that he wasn't really cut out to work for someone else. By a reductive process too complex to describe here, he decided that a specialty bookstore was the thing to do. About six months later, Borderlands was the result.

It was the second best decision he has ever made (the best one involved a brown-eyed girl).

In the decades since he opened Borderlands he has opened (and then closed) a cafe, learned how to be a general contractor, been nominated for the World Fantasy Award and been the administrator of The World Horror Society's Bram Stoker Award, and served on the boards of The Northern California Independent Booksellers Association (now The California Independent Booksellers Alliance) and The World Horror Convention. It is his honor to currently serve on the Community Police Advisory Board for SFPD's Mission Station.

In his free time Alan does recreational woodworking and cabinetry (he built most of the furniture and shelves in the store), reads not as much as he would like, and still enjoys some of the fixtures of his past careers -- shooting a pistol, riding (mostly old) motorcycles and dancing. 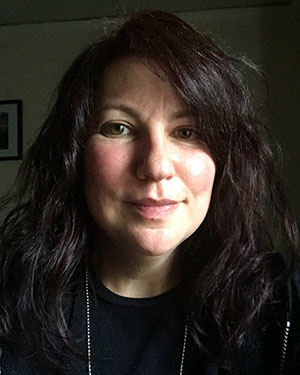 Jude Feldman has been managing Borderlands Books since 2001. She buys new and used books, sets up events, does mail orders, edits the store newsletter, and handles special orders and the special-est customers. Before finding what she considers the perfect vocation, she was a theatrical welder, a microelectronics assembly engineer, and the music buyer for a metaphysical bookstore, among other varied occupations. In addition to genre fiction she loves city histories and biographies of criminals. In her rare free time she reads, takes advantage of her Fine Arts Museums of San Francisco membership, walks in the weird corners of Golden Gate Park, and hangs out with hairless cats. 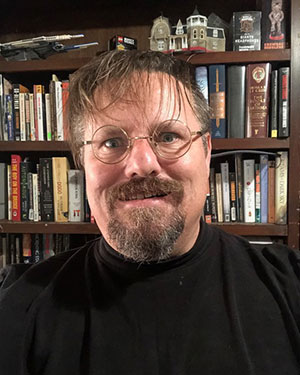 Jeremy is sort of like Harry Potter, if Potter was old, and ridden hard, and put away wet. He’s been a genre-specialty bookseller for over 26 years. In addition to his book-selling hi-jinx he worked on the other side of the production line as the owner and editor-in-chief of Night Shade Books, a successful genre publishing company. Jeremy has forgotten more about genre fiction than most people ever know, and losing that forbidden knowledge is probably for the best. He’s lived in San Francisco for over 20 years, with his better half, Liza, and his two young daughters, who were made in San Francisco. 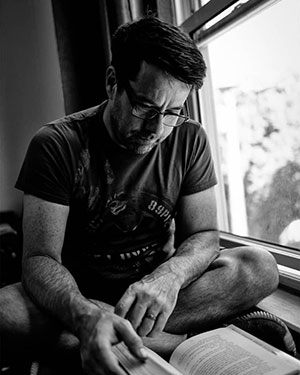 Bookstores have always been Scott's happy place, so it was no surprise that when a job opening came around at Borderlands, Scott leapt at the opportunity. When he's not pushing books on unsuspecting genre readers, Scott can be found haunting gardens around the bay area and maybe, just maybe working in a theatre.